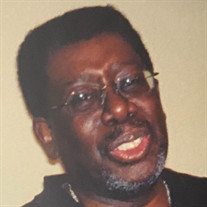 Stephen O. Russell, son of the late Robert O. Russell and Alma Lyons Russell, peacefully slipped away to be with his heavenly Father on July 23, 2021, at his home in Fort Washington, Maryland. Steve was born on June 15, 1950, in Harlem, NY. From 1955 to 1968 he and his parents lived in Wyandanch, Long Island. In 1968, Steve graduated from Long Island Lutheran High School. He was determined to attend an HBCU and selected the best, Morgan State University in Baltimore Maryland. He graduated from Morgan in 1972 with a degree in Political Science. Continuing with his education Steve enrolled in Law School at North Carolina Central University. In his third year, he met and married Rose Annette Prince in 1975. Upon receiving his Juris Doctorate from North Caroline Central University, he and Rose moved to Maryland. There they started their family with the birth of their son Jamaal in 1978. Jamaal, like his father, also graduated from Morgan State University and went on to receive his Doctorate as well. Stephen started his career in private practice working as a Public Defender for more than 25 years. He also served as Prosecutor for the State’s Attorney’s Office in Prince George’s County for more than 10 years and served as Counsel to a private law firm in Washington DC until he retired in 2019. For more than 30 years Steve was an active part of the Morgan State University Class of 1972 Reunion Committee. As a member of the core group, Steve was always ready to roll-up his sleeves and work on behalf of Morgan. Steve became a Class Agent and was the official recognized University representative for the Class of 1972. As an Alumni, Steve established the Class of 1972’s Endowment Fund. He was very instrumental in helping to create the 4-year Morgan State University Class of 1972 Alumni Outreach/Mentoring Program (for the soon to be Class of 2022) and became a devoted Mentor. One of his responsibilities as a Mentor was to participate in Morgan’s sponsored Career Development Workshops. Steve was a real sports enthusiast. He loved basketball, football and playing in the Morgan State University Golf Tournament and traveling with friends to Myrtle Beach Golf Tournaments sponsored by the Tee-To Green Golf Club. He was a people person. Steve even coach a little league basketball team in the Fort Washington Community for many years. Whenever in Steve’s presence you could always count on some good jokes, historical and political discussions, and great food. Steve enjoyed grilling and having family and friends over to shoot the breeze and debate the goings on in the world. Steve was a great host and every year he would host the NCAA Final Four tournament games at his home with his friends. Steve was fondly called Mr. Morgan because you could always find him serving, promoting, and supporting anything Morgan related like Morgan’s annual Crab Feast, Football games and funding for future students. He was the kind of man that would jump in and help to make things happen as a 1972 Class Alumni. Steve joined Fort Foote Baptist Church in Fort Washington, Maryland in 1994. He served in the Legal Ministry and was on the Trusty Board. He is survived by his loving wife and caregiver Rose Annette, his son Jamaal (Adrienne), three grandchildren that he adored, Jesaan, Jakiyah, and Journey, two sisters Gina Young (Graylian) and Cornelia Russell, and sisters-in-law/love, Claudia Prince, Wilma Holman (Larry), Constance Prince, Catherine Prince and Doris Clapp(deceased), along with a host of nieces, nephews, and cousins. He will be dearly missed by his extended family, friends, and colleagues. Funeral service will be streamed live on Friday, July 30th starting at 11:00AM To view the service go to Home | Fort Foote Baptist Church (fortfootebc.org), scroll down to "Live Stream on Sundays" and select "Join Live."

Stephen O. Russell, son of the late Robert O. Russell and Alma Lyons Russell, peacefully slipped away to be with his heavenly Father on July 23, 2021, at his home in Fort Washington, Maryland. Steve was born on June 15, 1950, in Harlem, NY.... View Obituary & Service Information

The family of Stephen O Russell created this Life Tributes page to make it easy to share your memories.

Send flowers to the Russell family.