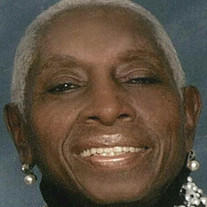 Shirley Dozier Baber Shirley Dozier Baber, full of grace, was born on Monday, December 4, 1933 in the Foggy Bottom area of Washington, DC. Raised in a home full of love with extended family, including her Mother Hazel... View Obituary & Service Information

The family of Shirley Dozier Baber created this Life Tributes page to make it easy to share your memories.

Send flowers to the Baber family.