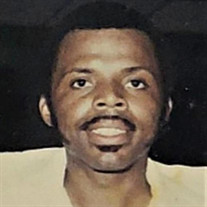 Rodney Bernard Harrell was born on September 14, 1951 in Washington, DC to Kathryn Boyd Harrell and William J. Harrell. A proud Washingtonian, he spent most of his years growing up in the Riggs Park neighborhood with his parents and older sister, Joan Harrell. As a young man, he enjoyed model train sets and learning about all things mechanical. As he matured, that transitioned into a love of auto repair and home improvement. He was an avid motorcyclist and car aficionado, and there was nothing with an engine that he couldn't make faster. He often had several projects going at any point and time, and owned dozens of fast and interesting vehicles over the decades. He drove fast, but he thought and spoke even faster - it was hard for most people to keep up with him. In his free time, he loved fishing and enjoyed travel, especially if palm trees were involved. He excelled at several sports, including bowling, billiards and baseball and nothing was more exciting for him than when the Washington team brought a Super Bowl championship to his hometown, or when DC finally got their baseball team back. He passed down that love from his father to future generations. Gregarious and full of life, with a thirst for learning and sharing, he was eager to hear the stories of others. A conversation with Rodney was never short, and you always came away with a sense that you were truly heard and learned something new. He was a proud graduate of Coolidge High School and Cheyney State College. After college he married the love of his life, Donna Gaskins Harrell, who he affectionately called "Bossie.” They were married in December 1977 and had over 43 years of loving marriage. Together they traveled, developed a love of real estate and had many adventures together, including two children, Dr. Rodney Harrell (II) and Dr. Marinda Kathryn Harrell-Levy, and later, son-in-law, Rich Levy and two granddaughters, Donna and Dakota Levy. He loved and cared for his wife deeply and their eternal love serves as a role model for others. He was a man of duty - particularly family and community. He loved his parents and sister and was a dedicated family caregiver before they each passed away. He was immensely proud of his family and paved the way for all of their successes with his hard work and dedication to accomplishing goals. For the last four decades of his life, he lived in Prince George's County, MD, and after many years working with an architectural firm, TAMS, he spent over 20 years as a zoning planner with the Maryland-National Capital Park and Planning Commission. There, he worked hard to improve the community in which he lived by supporting projects that improved the quality of life for residents and advocating for leadership to improve the community. Unfortunately, his dedication to work may have been too strong, causing stress which led to a series of strokes in 2008, cutting his career short. He was a spiritual man, and after growing up as a member of Plymouth UCC in Washington DC, he later converted to Catholicism, joining his wife and children's denomination. He was always a person of strong faith, and regularly referenced and lived by James 2:26, often saying "faith without works is dead." This belief drove him to a life of humble work to "do right" by everyone he knew, whether it was a stranger, a co-worker, friend or family member, or even a community member of one of his neighborhoods. For the past several years, he has been relaxing at his home in Camp Springs, MD with Donna, enjoying time with his children and grandchildren. He passed this life on August 25, 2021 after a bout with pneumonia that he could not fight off. He leaves his wife, his son and daughter, his son in-law, his two granddaughters, sister-in-law Vanessa Harrison, brother-in-law Willie Harrison, niece Nyah Harrison, cousins Roberta Butler and Natalie Burns, and a host of other relatives and friends. Livestream www.holyredeemerchurchdc.org www.facebook.com/HolyRedeemerDC https://www.youtube.com/channel/UC5hbGisWE8k3hfuVt9ByI5g

Rodney Bernard Harrell was born on September 14, 1951 in Washington, DC to Kathryn Boyd Harrell and William J. Harrell. A proud Washingtonian, he spent most of his years growing up in the Riggs Park neighborhood with his parents and older sister,... View Obituary & Service Information

The family of Rodney B. Harrell created this Life Tributes page to make it easy to share your memories.

Rodney Bernard Harrell was born on September 14, 1951 in Washington,...

Send flowers to the Harrell family.