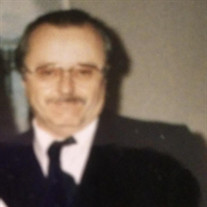 Philip David Nims, (Phil), was born on January 23, 1941, in Keene, New Hampshire to the late Harold Nims, Sr. and Eleanor Mae Webster Nims. He departed this life an entered eternal rest on March 11, 2022, at Fort Washington Medical Center in Fort Washington, MD. Phil was the eldest of 4 sons, Gerald Nims, Dr. Harold Nims, Jr., MD (Diane) and Kenneth Nims whom preceded him in death. Phil was educated in the Keene, NH public school system and graduated from Keene High School. Phil joined the US Air Force and served for 7 years before retiring on an honorable discharge for disability. In 1968, Phil worked for the Government Printing Office as a Supervisor of Computer Operations until his retirement in 1995. Phil was an avid sports fan, especially basketball and golf. As a young man, he won a golf tournament trophy at the Keene Country Club in Keene, NH. His love of basketball began as a boy. He especially enjoyed the train rides to the basketball games down to the Boston Garden with his dad. He took great pride in supporting his lifelong team, the Boston Celtics. He collected authentic memorabilia over the years which included 2 chairs, piece of the parquet floor, and a brick when the Boston Garden was demolished. Celtics Coach/ GM, Red Auerbach presented Phil with a Letter of Appreciation along with an autographed picture or being a loyal lifelong fan. Once Phil moved to the DMV area, he became a season ticket holder of the Washington Bullets/Wizards for over 50 years. He took great pride in wearing his custom made “Celtics” gear to all the Wizards home games as well as cheering on his Celtics whenever they played the Wizards. He also purchased an inscribed brick with his name and Blondell’s name, in front of the now Capital One Arena when it was being built. Phil met the love of his life, Blondell Stewart-Ware, 42 years ago and they would have been married for 38 years on April 13, 2022. He adored Blondell and loved to shower her with gifts, trips and surprises. He embraced his role as stepdad/granddad, always available in a time of need. He enjoyed family gatherings, cooking out on the grill and shooting hoops on his basketball court until his health failed him in recent years. Phil was full of wisdom, very kind with a big heart always willing to share and donate to those who were less fortunate. Although he was a man of few words, he made an impact on those who were close to him or were fortunate enough to be in his life. Phil leaves to cherish his memory with his devoted wife, Blondell Stewart-Nims; his brothers Gerald and Dr. Harold Nims, Jr., MD (Diane) a stepson, Daniel Ware, Jr. (Valerie); 2 stepdaughters, Mildred (aka Millie) Ware and Kathryn (aka Debbie) Gilchrist (Gregory); 2 step grandsons, Niles and Alex Gilchrist a niece, Theresa Cummings, 2 nephews Geoffrey and Jerry and a host family and friends.

The family of Philip David Nims created this Life Tributes page to make it easy to share your memories.

Send flowers to the Nims family.