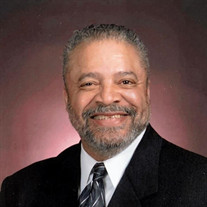 Obituary Melvin Robert Yates beloved husband, father, grandfather, brother, uncle, and friend was born on January 16, 1947, and took his eternal rest on January 26, 2022. He was born in Washington, DC to the late Henry William Hall and Anna Yates Hall. He was the seventh of 12 children. Melvin was educated in the District of Columbia Public School system. Growing up in Washington, D.C., he was affectionately known as “Bootney”. Melvin had a big heart, kind-nature and was very forgiving. With his protective nature, he always looked out for his family and friends. Anyone who knew him, knew that he was not afraid of a fight. He would not start a fight but sure would finish it. Melvin had diverse employment opportunities over the years. Regardless of the job, he worked hard and gave it his all. Before he became ill, he worked in security at The Catholic University Basilica. In search of the true and living God, Melvin accepted Jesus Christ and joined Meridian Hill Baptist Church (MHBC) in 1998, under the leadership of Rev. Dr. Calvin E. Cage, Sr. He was an active member and served the Lord with the same zeal and passion that he lived his life. He served as a Deacon, participated in the Prison Ministry, and was licensed as a minister in January 2005. He was a vital part of the Education Ministry’s annual reenactment of the MAAFA in his unforgettable role of the “white man”. In this role he helped to empower and educate people about the rich African-American history. He served faithfully as a member of MHBC until his health declined. In 2000, Melvin met his loving and devoted wife, Beany. They were married on November 17, 2001. They enjoyed their life together. She was his “Kitten”, and he was her “Tiger”. They enjoyed doing everything together. One of their favorite things to do was to have lunch in Rock Creek Park after Sunday worship service. They also enjoyed watching football games, family events, and fellowshipping with close friends. Melvin leaves to cherish his memory: his loving wife Devonaline “Beany” Yates; two daughters: Michelle Davis Johnson and Letecia Yates Penn; two step-daughters: Kimberly Rawlings (Shaffers) and Sherry Garrett (Bobby); grandchildren: Jermaine Valentino Fontanelle (Yolanda), Tekia Deanne Johnson, Teivon Rozzell Johnson (Brianna), Michael Darron Penn, McKayla Danyelle Penn, Morgan Rawlings, Shay Rawlings, Christiana Lovitt (Devin), Jernelle “Pooda” Earby, Joshua Garrett and Ashley Davis (Robert); eight great-grand children; his siblings Delores Yates, Gloria Dukes (Louis), Geraldine Yates, Mendoza Yates, Lawrence Yates (Mizuki), Ronald Yates, Gary Yates, and Pamala Hall; and a host of cousins, nieces, nephews, family and friends. Preceding him in death: his granddaughter Tenika Deanna Fontanelle; his sister Florence Brown; his brothers David Hall and Herman Yates, and two sisters-in-law Gwendolyn Yates and Hope Graham. Services will be held on Friday, February 4, 2022 at Meridian Hill Baptist Church, 5354 Sheriff Road, Capitol Heights, MD 20743. The viewing is 10:00am - 11:00am, followed by the Celebration of Life at 11:00am. Internment will be at Fort Lincoln Cemetery. "MASK REQUIRED" FOR FUNERAL HOME ENTRANCE Sent from Mail for Windows

The family of Melvin Robert Yates created this Life Tributes page to make it easy to share your memories.

Send flowers to the Yates family.