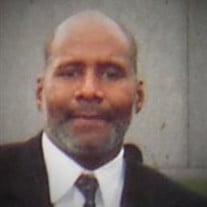 Obituary God took my hand; I heard Him call. I turned my back and left it all. I couldn’t stay another day, to love, to laugh, to work, or play. Houston Jeffrey Johnson was born on November 23, 1961, in Washington D.C. to his parents, June Jetta Johnson and Reverend Houston Johnson. He was known as Jeff. He grew up in a Christian household as his father was a longstanding member of the clergy of Shiloh Baptist Church in Washington, DC. Jeff was a member of the Boy Scouts, and enjoyed sports, martial arts, music, and playing guitar. As a youth, Jeff liked to repair all sorts of things, leading to his eventual pursuit of aircraft and automotive mechanics as a career. He graduated from H.D. Woodson High School in 1979 and attended the University of the District of Columbia. He enlisted in the United States Air Force, with his first assignment for basic training being in England. Upon his return to United States, he was stationed in Texas and was honorably discharged in April of 1989. He later returned to the Washington D.C. area and joined the Air National Guard at Andrews Air Force Base where he worked as an Aircraft Mechanic from September of 1986, and retired in April of 2005. Jeff also worked at Heisman Porsche-Audi in Arlington, Virginia as Automotive Technician while in the military and Herb Gordan Nissan in Silver Spring, Maryland as an Automotive Technician after he retired from the military. In 1989, Jeff met Rebecca M. Bowen and they were married on September 6, 1997. During their almost 25 years of marriage, they enjoyed bicycle riding, playing tennis, concerts, summer events, and being around family and friends. Jeff loved dogs, and he especially loved their pug dog Alli and French bulldogs Spike and Astro. In his spare time, Jeff was a talented musician. He played the guitar, bass, drums, and keyboard. He also used his musical talent as a band member with local bands. Jeff was a loved man and was admired by those who knew him. He is predeceased in death by his father and father-in-law. Jeff leaves to cherish his memories a devoted and loving wife, Rebecca Bowen Johnson, his mother Mrs. June Jetta Johnson, his mother-in-law Mrs. Joan Bowen, three aunts-Ms. Eloise Craddolph, Mrs. Delores Craddolph, and Mrs. Joan (Fred) Davis, one Uncle, Mr. James Craddolph, three sisters-in-law, three brothers-in-law and a host of cousins, nieces, and nephews.

Obituary God took my hand; I heard Him call. I turned my back and left it all. I couldn&#8217;t stay another day, to love, to laugh, to work, or play. Houston Jeffrey Johnson was born on November 23, 1961, in Washington D.C. to his parents,... View Obituary & Service Information

The family of Houston J Johnson created this Life Tributes page to make it easy to share your memories.

Obituary
God took my hand; I heard Him call. I turned my back...

Send flowers to the Johnson family.