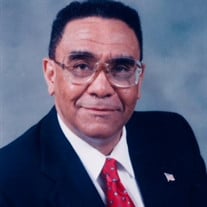 Douglas Mathis LTC USA (Ret) Lieutenant Colonel (Ret.) Douglas Mathis, son of the late Callie Frances Benning Mathis and MSG (Ret.) Frank Mathis, Sr., passed away at Arcola Health and Rehabilitation Center on Saturday, October 2, 2021. Douglas is survived by his wife, Louphelia B. Mathis of 57 years; son, Lieutenant Colonel (Ret.) Douglas Dwayne (Greta) Mathis and daughter Staci (William) Hoh. Two brothers: Chief Master Sergeant (Ret.) Frank Mathis and Colonel (Ret.) Milton H. Mathis. As well as grandchildren, nieces, nephews, other relatives, and friends. Douglas is predeceased by sisters Magalene Mathis and Martha E. Mathis Young. Douglas graduated from Cardozo High School in the District of Columbia on June 16, 1955. While attending Cardozo, he was a member of the Purple Wave Yearbook Staff, wherein he was awarded the Certificate of Merit (highest honorary award) for faithful and excellent work. While excelling in his academics, Douglas was inducted into the National Honor Society. Additionally, and as a member of the Cadets, Douglas was distinctly honored with the rank of Colonel on October 1, 1954. Douglas graduated Cum Laude from Howard University (Deans List) with a Bachelor of Arts. He was an exemplary member of the ROTC program and was honored as a Distinguished Military Graduate leading to be commissioned into the US Army as a Second Lieutenant on June 5, 1959. Additionally, he was a member of The National Society of Scabbard and Blade: Enlisted November 1, 1958 by Company 9 Regiment. Furthermore, Douglas was a proud member of Kappa Alpha Psi Fraternity (Xi Chapter). The military career of Douglas reflects long and faithful service to his country. Upon graduation from Howard University, he entered the United States Army on June 5, 1959 receiving his commission as a Second Lieutenant. He honorably served for over 28 active and highly decorated years until his retirement as a Lieutenant Colonel on June 30, 1987. During his Army career, Douglas attended several schools excelling at all academia. As an Army Ranger, he served 3 years of foreign service in the Republic of Vietnam (serving two combat tours) as well as having served in Korea. After having completed the Infantry Officer Advanced Course, Douglas received a choice assignment to command an Airborne Infantry Rifle Company in the famous 101st Airborne Division. Military Awards Legion of Merit, Bronze Star with 4 Oak Leaves, Bronze Star with “V” Device, Meritorious Service Medal with 2 Oak Leaves, Air Medal, Army Commendation Medal with 2 Oak Leaves, National Defense Service Medal, Vietnam Service Medal (6 awards), Army Service Ribbon, Overseas Service Ribbon, Vietnam Campaign Medal and Republic of Vietnam Gallantry Cross Unit Citation. His Badges include the Combat Infantry Badge, Senior Parachutist Badge, Pathfinder Badge, Ranger Tab, General Staff Identification Badge, Expert Infantryman Badge and Overseas Service Bars (6 awards). During his mid-career in the US Army, Douglas completed the cycle of military schooling, by completing the Armed Forces Staff College and the Army War College. Also, during this period, Douglas transferred to the Army Finance Corps and earned a Master’s Degree in Comptrollership from the University of Alabama. Additionally, Douglas received an assignment in senior ROTC and various assignments in the comptroller field, including an assignment in HQDA (Headquarters, Department of the Army) staff. Once retired from the Army, Douglas shared his military expertise by teaching Military Science & Tactics / Grades 7-12 (ROTC) for the District of Columbia Public Schools, wherein he became the Deputy Director for JROTC. Family will receive friends on Saturday, November 6th from 10am until time of service at 11am at Marshall-March Funeral Home - 4308 Suitland RD, Suitland, MD 20746. A graveside ceremony will be held at Arlington National Cemetery at a date to be determined. Arrangements courtesy of Marshall-March Funeral Home. But let me reveal to you a wonderful secret. We will not all die, but we will all be transformed!  It will happen in a moment, in the blink of an eye, when the last trumpet is blown. For when the trumpet sounds, those who have died will be raised to live forever. And we who are living will also be transformed.  For our dying bodies must be transformed into bodies that will never die; our mortal bodies must be transformed into immortal bodies. – 1 Corinthians 15:51-53

The family of Douglas Mathis created this Life Tributes page to make it easy to share your memories.

Send flowers to the Mathis family.