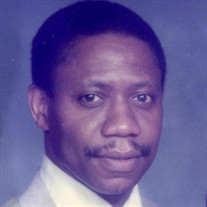 A Life of Love and Service Charles Ford entered this life on May 5, 1943 in Birmingham, Alabama. He was the 10th of eleven children born to the late William and Lula Ford. Charles was educated in the public schools of Birmingham, Alabama where he was double promoted from the fourth to the sixth grade at Sherman Heights Elementary School. He completed his secondary education at Western Olin High School, where he demonstrated outstanding leadership skills and held several class offices. Upon graduating from high school with honors, Charles enrolled in Tuskegee Institute (now Tuskegee University) where he was a participant in the Air Force ROTC. While a student at Tuskegee, Charles served as a volunteer by tutoring and repairing furniture for residents of South Alabama. He graduated with a Bachelor of Science degree in Mechanical Engineering in January 1968. After college, Charles began his employment with the Charleston Naval Shipyard in Charleston, South Carolina. During the Vietnam War, he was drafted into the US Army but completed his service stateside at Fort Belvoir in Virginia. After completing four years of military service, he was honorably discharged and resumed his professional career as a Mechanical Engineer for the US government. He was employed by the Bureau of Mines and, in August 1970, by the General Services Administration (GSA). While working at GSA, he passed the District of Columbia Professional Engineering Registration Examination in 1975. After concluding his career in government service, he was employed by Howard University in October 1976 where he worked in the Office of Architectural and Engineering Services. In 1981, he began his own engineering firm by opening Charles Ford and Associates on Georgia Avenue in Washington, DC. He continued to operate his company until a few weeks before his passing. He was licensed as an engineer in Maryland, Virginia, New Jersey, Kansas, and Ohio and received reciprocity in many other states in the country. As an engineer/business owner, Charles mentored several entry-level Mechanical engineers. He was instrumental in preparing them to successfully pass the Professional Engineering exam. Charles was known for excellence in his work and held his employees to high standards. Charles was a generous and multi-talented person who worked tirelessly to assist his family and the community. He was known on Georgia Avenue as someone who would offer a job, meal, or a few dollars to a person in need. The desire to help others began when Charles was young. During high school and college, he served as a barber in his neighborhood and on his college campus. He often contributed his earnings to his mother after his father’s death. His work as a barber was the beginning of his entrepreneurial endeavors and he used his talents as an engineer to work on numerous projects for schools, churches, universities, hospitals, and other businesses in the DC area and around the country. In addition to being a business owner, Charles was also a lifelong learner. He earned a second Bachelor’s degree in Business Administration, with a concentration in Accounting, from the University of Maryland College Park in August 1978. A few years later, he earned a Master’s degree in Business Administration from Howard University in May 1981. Despite pursuing additional degrees at other universities, Charles loved Tuskegee University, was an active member of the Tuskegee Alumni Club, and contributed his engineering expertise to renovation projects at the university. Charles was an accomplished writer, artist, poet, and singer. He was the author of three books and several poems; a talented illustrator; and a tenor who often talked about being considered for the Commodores while at Tuskegee. He loved sports and was an avid tennis player, golfer, and softball player. As a child, Charles was a member of Mount Ararat Baptist Church where he attended Sunday School; sang in the choir; and was baptized at the age 14 with his younger brother Billy. After moving to Washington, DC, Charles joined First Baptist Church (FBC) where he was a member of the Male Chorus and often sang lead and solos. In addition, Charles was a Trustee and took great pride in overseeing the church structure and managing special projects. He considered himself an “Engineer for Jesus.” Charles met Rosie Robinson at First Baptist Church and they were married on August 19, 1972. They had a beautiful, talented, and musically gifted daughter, Talaya Ford James, who graduated from Tuskegee University with a degree in Mechanical Engineering. Talaya preceded Charles in death on May 19, 2021. Charles is survived by his wife, Rosie Robinson Ford; granddaughter, Janine James; brothers William Ford and Billy Roland Ford (Verlie); sisters Onita Alexander, Annie Hawthorne, and Louise Calloway (Curtis); and a host of nieces, nephews, cousins and other relatives and friends.

A Life of Love and Service Charles Ford entered this life on May 5, 1943 in Birmingham, Alabama. He was the 10th of eleven children born to the late William and Lula Ford. Charles was educated in the public schools of Birmingham, Alabama... View Obituary & Service Information

The family of Charles Ford created this Life Tributes page to make it easy to share your memories.

A Life of Love and Service
Charles Ford entered this life on...

Send flowers to the Ford family.