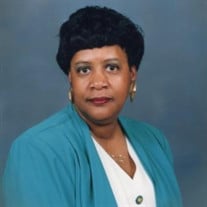 Obituary Barbara A Smith Home Going Celebration Barbara was passionately known by her husband and daughters as “BA”. She entered life on September 10,1947 and went home to be with the Lord on August 27, 2021. Her mother, Mary Louise Dean; father Clifton Dean Sr.; Sister, Johnnie Mae Johnson; and two brothers Robert Dean and Clifton Dean Jr. all preceded her in death. Barbara graduated from Spingarn High School and later attended UDC (formerly Federal City College in DC) and she also went on to attend Allan Hancock College in Lompoc. CA. Barbara’s desire to learn extended far beyond the classroom and it afforded her a wonderful and prosperous career in the Federal government. She retired from the Federal Government on 31 Dec 1995, but returned to work after that on several occasions as a Reemployed Annuitant. Her total period of employment with the Federal government spanned a period of 35 years. The Lord knows how much she enjoyed doing her job as a Human Resources Specialist because it was a joy to tell people that they had been selected for a job. Barbara was a world traveler, she has lived on 3 continents, in 8 states and in some states more than once. She has lived in Germany 5 times, Japan, and Italy. She has resided in California, Oklahoma, New Jersey, New York, Hawaii, Virginia, Maryland, North Carolina, Florida, Las Vegas, Arizona, and of course DC where she was born and raised. Her mom called her a Gypsy, she loved meeting new people from all walks of life. Here in Florida, she became a member of the First Baptist Church of Progress Village, Tampa, Fl. She leaves to celebrate her life her husband (Lonnie), three daughters LaTanya Haymon (Scott), LaTricia Haymon (Anthony), and LaTarsha Acosta (Gerry). One Step daughter Antoinette Murray (William), two step sons Antonio Smith (Dyullus), and Derrian Smith (Tyra). Also celebrating her life are her two grandson’s 2nd Lieutenant Jordan Player (US Army), Terry Williams III (A.K.A. “LT”). Two sisters Shirley Ryan (Charles) and Constance Pate (Pete) and one brother Richard Dean. One Sister-in-law Lisa Partlow and two brother-in-law's Wayne and Billy Partlow. Two Aunts, Dorothy Council and Catherine Brown. A host of nieces, nephews, and other relatives.

Obituary Barbara A Smith Home Going Celebration Barbara was passionately known by her husband and daughters as &#8220;BA&#8221;. She entered life on September 10,1947 and went home to be with the Lord on August 27, 2021. Her mother, Mary... View Obituary & Service Information

The family of Barbara A Smith created this Life Tributes page to make it easy to share your memories.